How Do Miranda Rights Work?

The Miranda warning is one of the cornerstones of our rights in modern society. Although this police procedure is familiar to nearly everyone nowadays, the Miranda warning only dates back to the mid-1960s. In 1966, Ernesto Miranda was charged with a litany of crimes and subjected to coercive police questioning without the benefit of having an attorney present. Miranda confessed to the crimes he was charged with, and his conviction was subsequently upheld on the basis of a fair trial. 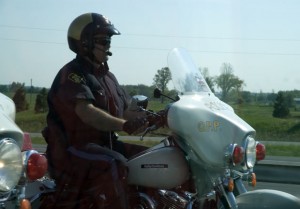 The trouble was that Ernesto Miranda had not been clearly and effectively advised of his rights. Prior to the adoption of the warning which today bears his name, few people were truly familiar with what rights a person accused of a crime, and the police, have in this country. In 1968, the Miranda warning was adopted as a standard protocol for quickly and concisely advising a defendant of their rights, and one of the crucial portions of Miranda is the requirement that a defendant give a clear and intelligible acknowledgement of their rights.

Today, Miranda rights serve to make sure the accused knows their rights and the pitfalls that may await them. The right to remain silent, the right to an attorney, and the understanding that anything the accused says can be used against them in court are all critical rights that prevent the police from misusing their authority. These are the rights that assure you access to a Las Vegas criminal defense attorney, should you need one.

The right to remain silent is the most crucial right a defendant has, next to the right to an attorney. It is never advisable for a defendant to submit to questioning without an attorney present, as the next line in Miranda clearly states “Anything you say can and will be used against you in a court of law.” These rights are the basis on which all our other freedoms hinge, yet too many defendants talk themselves right into a jail cell because they believe they are answering innocuous questions which can later land them in a lot of trouble.

It is hoped, of course, that you never need criminal defense Las Vegas police and courts respect and know. But if you do, contact Gabriel L. Grasso before you allow the police to ask you anything if you’re detained. Knowing your rights is the first step to keeping your freedom, and if someday you are being read your Miranda rights, they should be a wake up call to keep your mouth shut and call attorney Gabriel L. Grasso.