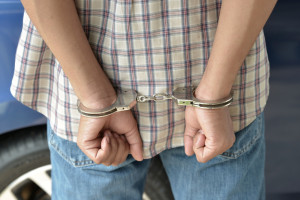 If you are planning to visit Nevada, you should be aware of the state’s prostitution laws so that you can avoid serious legal consequences.

What You Need to Know About Prostitution Laws in Nevada

Prostitution laws are often misunderstood by people who are visiting Nevada. Many people assume that prostitution is legal throughout the entire state and can face criminal charges if they unknowingly break the laws. If you are arrested for violating the state’s prostitution laws, a criminal defense lawyer can possibly help to reduce any charges.

Here are a few things to keep in mind regarding Nevada’s prostitution laws:

Prostitution is illegal in Las Vegas and Reno

Prostitution is only legal in authorized brothels

Brothels are establishments that usually employ a full staff of sex workers who cater to customers. The only legal brothels in the state of Nevada are located in rural areas within a few select counties. Employees of these brothels are required to register with the county sheriff and receive regular medical examinations.

Under Nevada law, a person who is charged with soliciting a prostitute can be jailed for a maximum of six months and fined up to $1,000. Jail time can sometimes be waived in exchange for community service. You may also be required to attend a class that provides information on the harmful aspects of prostitution. If you are caught soliciting a minor, penalties may include a four-year prison sentence and fines totaling $5,000.

Being aware of the prostitution laws in Nevada can help you avoid potentially embarrassing criminal charges on your record. If authorities believe that you have violated any of these laws, an attorney can help you decide your best legal options.